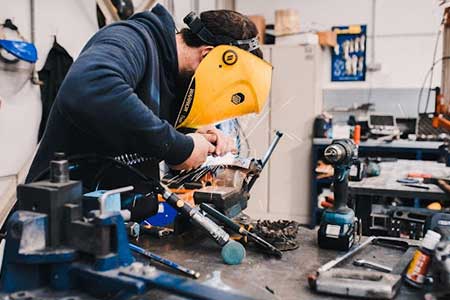 Every so often I have a client ask me to see if I can get a quote from American companies. I’m happy to give it a try, it’s a good opportunity to see how we are doing as a nation with manufacturing as a whole.

Recently one of my client’s projects involved getting a quote to source multiple components and assemble them. Sounds simple enough, find suppliers that provide one or hopefully several parts off my list, then find a plant to ship all the parts to assemble them, right?

The experience was not what I was hoping. You would think that with the economy going as it is, manufacturers would be ecstatic to pick up as much new business as possible, but this wasn’t the case.

I contacted dozens of companies, I didn’t hear back from many of them. About 30% emailed me back, and only 3 decided to call me back.

I didn’t go away completely empty handed, a couple companies gave me quotes, but it still wasn’t close to what I was hoping for. The few quotes I were provided had lead times of 7 months. Now, I wasn’t asking them to build a robot, these were simple bearings and O-rings I needed, and I wasn’t asking for quantities of millions either, so it really shouldn’t take anything outside of 2-3 months to get it done.

To this day I still don’t have a factory, plant, warehouse, or any other company that was willing to quote assembling the project, and I tried everything, from aerospace companies, fabrication companies, all the way down to a non-profit company that assembles equipment for handicapped people I was so desperate to make this work for my client.

We also source prototypes, so I was interested to see what domestic prototyping companies could offer. I got a quote on a relatively simple acrylic prototype from our partners overseas and also from some stateside companies. To my surprise, the domestic costs to 3D print the parts were 8x more expensive and the cost to CNC machine them where 10x higher. I could hardly believe it. Who can spend over $10,000 on 5 simple acrylic parts?

Maybe it’s because companies are simply too busy and overloaded to take new clients or answer new requests. Or it could be due to a shortage of workers. But I’ve tried sourcing from American manufacturers before the pandemic and the experience was largely similar.

Historically, there has been a shift away from a manufacturing based economy to a services based economy in the US that has been escalating over the past decades. There has also been a cultural shift as well as an economical shift. Couple that with the fact that manufacturing is rapidly advancing to the point where a college degree is required, and you have a lack of skilled labor. Not many people are interested in going to school for a career in manufacturing since it often isn’t seen as glamorous or as high paying as jobs in the medical, science, and engineering industries.

Then there is the customer service.

When a customer contacts me and our company is not a good fit for their product I try to send them to a company that can help them or at least let them know we are not a good fit and wish them the best in finding a solution to their problems. You never know, they might remember you on their next project. It only takes 30 seconds to compose an email like that.

It would seem that ghosting or ignoring people has become the norm not only in social situations, but in business as well. It’s one thing to ignore a spammer or a scammer, it’s another to ignore potential legitimate business clients. It doesn’t take too much work to treat people like people instead of numbers.

I would love to source from American companies more often or even make them a mainstay of the business. But it just simply isn’t possible for our customers with the unresponsive companies, unreasonable lead times, and sky high prices. It’s always possible that may change depending on how technology and the economy develop, but for now it just isn’t feasible.