Non-Disclosure Agreements(NDAs) – What to Know When Manufacturing from China 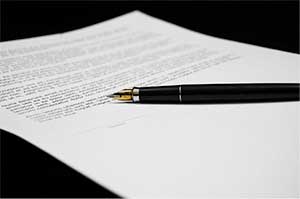 Non-Disclosure Agreements are commonplace in today’s society. For some entrepreneurs, signing an NDA is a common practice with the parties they engage with. We use them to help protect products we manufacture from China.

What is a Non-Disclosure Agreement?It is a contract through which the parties agree not to disclose information covered by the agreement. An NDA creates a confidential relationship between the parties, typically to protect any type of confidential and proprietary information or trade secrets.Full Definition >

Some examples of when NDAs are used are by companies looking to hire an employee, by lawyers as part of settlement agreements, or by chemical companies formulating compounds. NDAs in the business world are generally used to share confidential information safely by regulating who can share information and the means it is transmitted. It is very important to read through and understand any NDAs you are looking at signing.

NDAs are not contracts that bind companies to do business with each other. They outline the guidelines and rules of how information should be exchanged and protected.

Non-Disclosure Agreements are also known as:

Purpose of the NDA

The purpose of the NDA should be stated. An NDA for hiring managers given to potential hires will look different than an NDA signed between someone looking to have a product manufactured.

This expands on the backgrounds of the parties and gives details on the kind of information to be exchanged.

Identifying What Information is Confidential 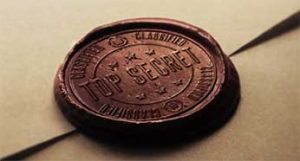 NDAs by default cover two parties. In some situations, it will be necessary to involve other companies in the contract. These companies can be added to the NDA at later points in the process, and they should be made aware of the clauses of the NDA. The recipient of information is usually responsible for the actions of the third parties involved.

Information available to the public can’t be patented. Leaked information in most cases can no longer be patented as well. There should be special clauses that dictate the violating party compensate the loss of any patents through breaking the NDA.

There are some patent jurisdictions such as those in Europe that all for a patent to be filed within 6 months after a violation, provided it is made evident that there was a violation.

If you are in one of these jurisdictions, you should add in the NDA that the recipient shall provide a statement that there was a violation, if one should occur.

Over the course of time some information may naturally lose its confidential status if it became available to the public domain. A thorough NDA will state that the obligation to keep such data confidential would cease if such a situation happened. The onus would be on the recipient to prove that the information is public domain and they weren’t the cause of it.

Disclosure of Information by the Government

In the case of special circumstances, such as a warrant or subpoena being issued, a recipient may have to give confidential information to the issuing government agency. A clause can be added so that the disclosing party should be informed (if permitted) so they can take legal action like filing for a preliminary injunction to try and block the disclosure. Regardless if it’s included or not, a warrant supersedes an NDA.

Ask for Non-Disclosure Agreements for Your Protection

NDA’s are an effective way to protect information and assets between companies. You shouldn’t be afraid to ask for an NDA to be signed. You won’t offend or scare away any legitimate companies by doing so. Using non-disclosure agreements to protect your company and your products being manufactured protects your future. When working with a China sourcing agent to help produce your product be sure to thoroughly read and understand any NDA’s you sign.

Legal Disclaimer: The information provided on this website does not, and is not intended to, constitute legal advice; instead, all information, content, and materials available on this site are for general informational purposes only.