In this issue:
* Pictures from Last Month’s Trip to China
* November 1 is the Deadline for Orders to Safely Ship before the Chinese New Year
* The Exchange Rate

Pictures from Last Month’s Trip to China
By Mike Genung

Last month I visited China for two weeks. What follows are pictures from that trip; cities visited included Beijing, Qufu, Qingdao, Hangzhou, Jinhua, and Ningbo, among others. 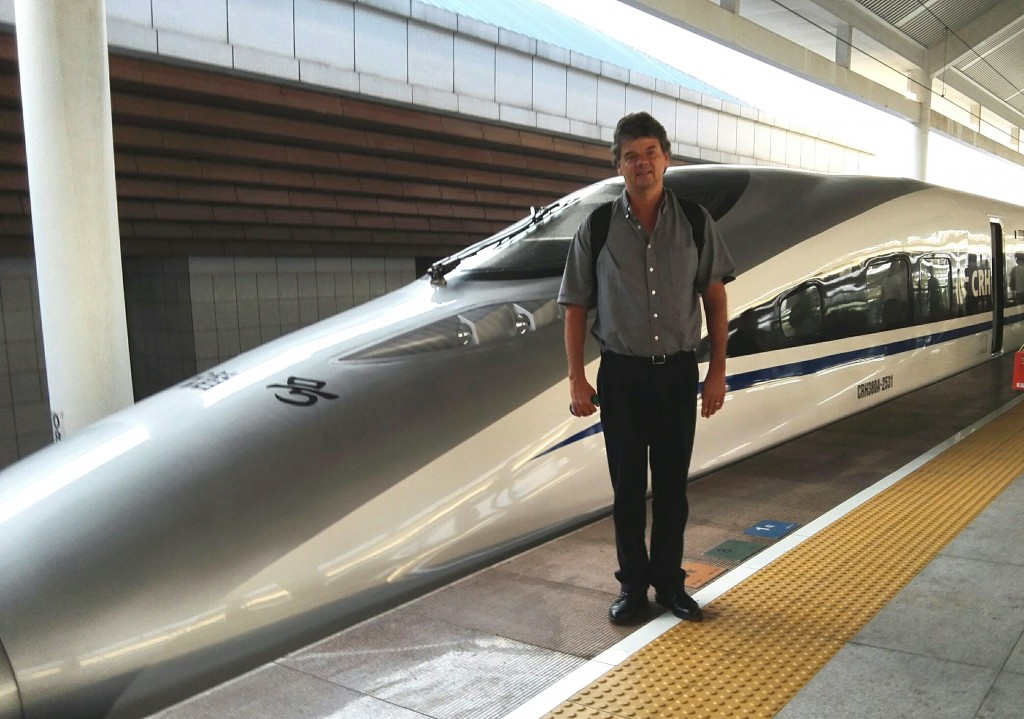 Getting ready to take the bullet train from Qufu to Qingdao. This train went as fast as 300 kilometers an hour. There are bullet trains in China that go faster. 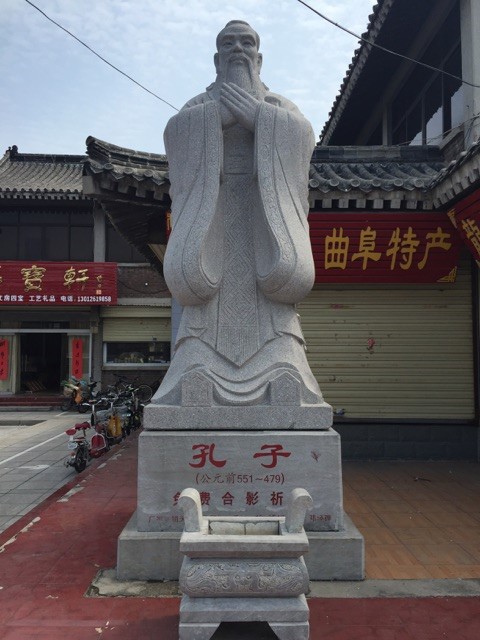 A statue of Confucius; he was born in 551 BC. Qufu is the city where he was buried.

Maybe you’re looking at this picture and wondering “What’s the big deal with glasses?” At the hotel I stayed in Qufu I left my reading glasses on the desk in my room. When I returned later that day the person who cleaned The room had left a cleaning cloth under them. I’ve never seen attention to detail in service like that in a hotel before. 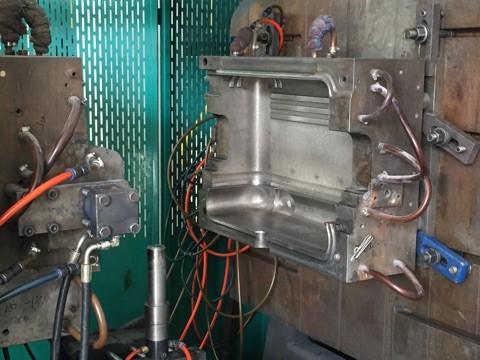 At a factory that makes coolers. That’s the blow mold they use to make one of their products. 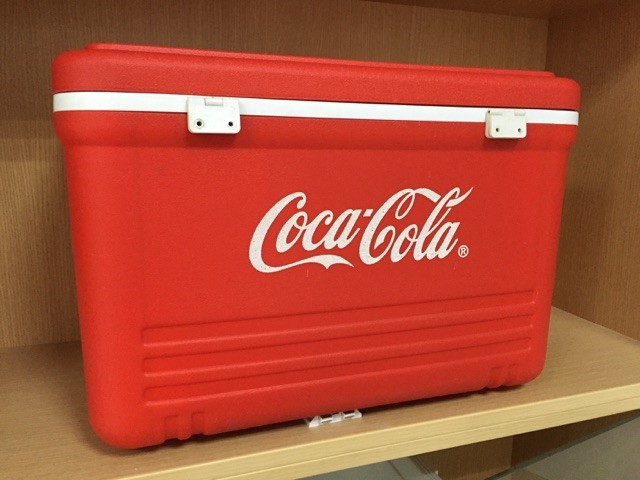 One of the coolers they’ve made, with a little known brand.

During a visit to a factory that makes medical
products, I decided to see how fast I could work
on the assembly line while everyone was at lunch. 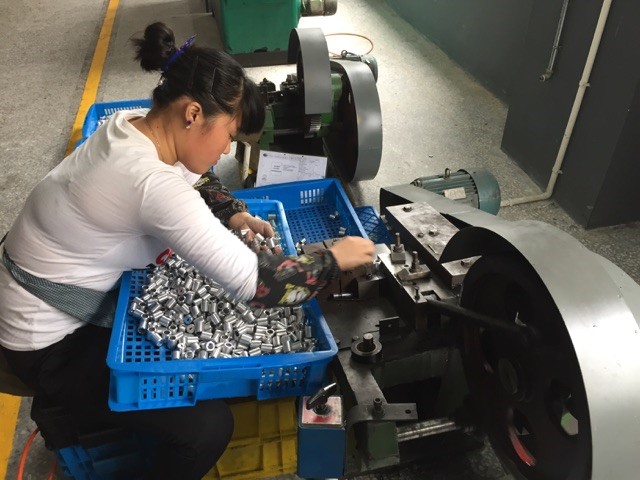 Stamping small metal parts… one at a time, by hand. They do a lot of work manually we would automate here. At $2.00 an hour for manufacturing wages, the cost is cheaper for them to do it manually. 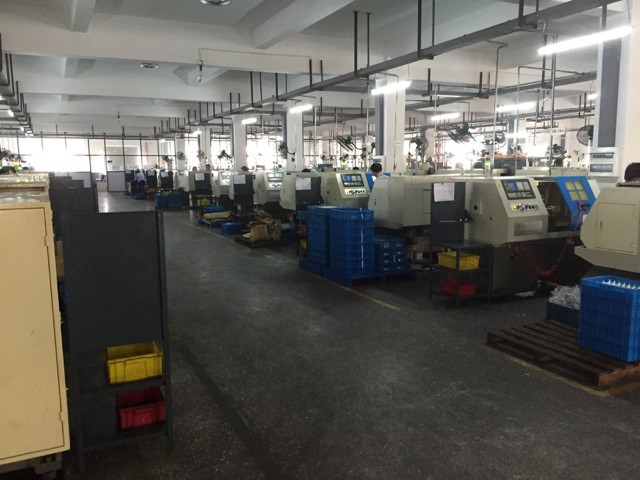 Rows of CNC lathes at a machine shop. 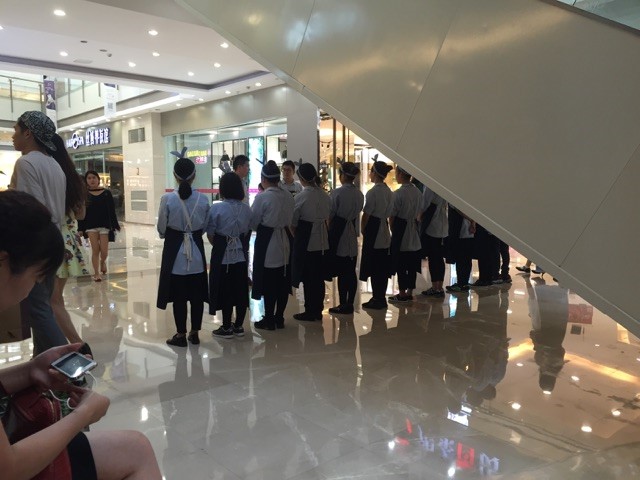 In a mall in Ningbo, the manager of a retail store had his employees stand at attention while he either trained them or dressed them down, in front of everyone. I felt bad for them and was tempted to walk behind him and put rabbit ears behind his head.

Chinese factories will be closed most of the month of February for their Chinese New Year holiday.
If you have a new order you need shipped before they shut down the end of January, depending on the production time needed, the order should be placed by November 1 to be safe. Their production schedules are filling up and I’m already been hearing of delayed production times.

With Hanjin (the big Korean shipping line) going bankrupt, some ports are seeing a bottleneck and extended wait times. By the middle of January the ports could start packing up with last minute shipments, so you don’t want to wait if your shipment needs to go out before the CNY.

Previous Newsletters:
August 2016: New Engineering and Prototype Services
April 2016: Our New Office in Europe
February 2016: Are They Crazy?
December 2015: Our New Marketing Program
October 2015: Pictures from Last Month’s Trip to China
August 2015: Marketing Tips and More
July 2015: Planning for Christmas Inventory
May 2015: Volatility, Opportunity, and What Not to Do
April 2015:  The Worldwide Release of Our New Video
All material copyright 2016 Global Trade Specialists, Inc.
This newsletter may be reprinted as long as the copyrights and a link to the Global Trade home page (www.mgtrading.com) are shown at the end of the article.