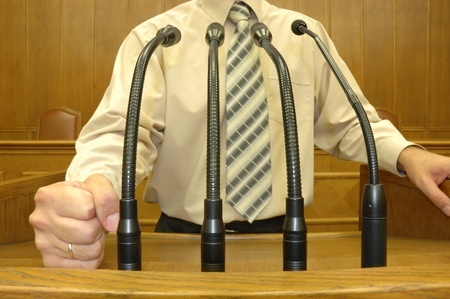 The presidential campaign is well under way, and as usual, China bashing is back.

One candidate in particular has gone on the record about “standing up to China for stealing our jobs.” Threats always abound when presidential elections are in full swing; anything from instituting an across the board customs duty rate for all goods imported from China to penalizing them for being currency manipulators is fair game.

I’m always amused when I hear stuff like this. I can just picture it now. Candidate A, whose election campaign rhetoric included beating up the Chinese takes office. He turns to his advisors and roars “I want the customs duty for anything imported from China to be raised to a minimum of 50%, immediately!”

President: “Why not?!? I’m the president, I’m in charge now and this is the way it’s going to be!”

White House Advisor #1: “Well, the Chinese hold 1.25 trillion dollars worth of our debt. They’re the biggest buyer of U.S. debt instruments, which helps keep us funded. Going nuclear on the duty rates would risk upsetting our biggest banker and a nation that could tank the dollar if they wanted to.”

White House Advisor #2: “This would be a disaster at best, on multiple fronts. Large companies like Apple Computer and HP rely on Chinese labor to produce the iPhone, desktop computers, and a host of other items. Trying to force those jobs back home with a duty increase will skyrocket the manufacturing costs of those companies and hurt their ability to compete against others like Samsung in the global market. Moreover, there are many small businesses that can’t afford to set up manufacturing here because it’s so expensive. The president of Intel said they’d have to spend 1 billion dollars to set up new manufacturing facility here, more than any other country in the world.

But there’s more than that. Some of our domestic manufacturers are doing well selling their products in China. General Motors has a 14.75% share of the Chinese domestic auto market and they have the best selling brand there. Ford is also doing well in China. Apple is selling tons of iphones and ipads in China. If we slap the face of the Chinese with across the board import duties, we’ll put all of this business in jeopardy.

It would translate into more lost jobs and revenue for American companies in addition to angering out biggest banker and the largest holder of our debt.”