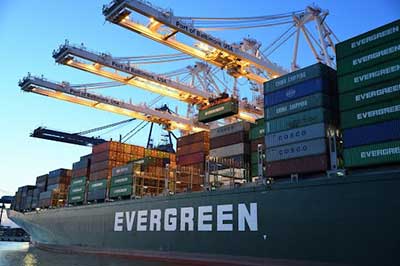 It’s been a wild year for imports and exports globally. From ships that block canals, to port closures, to electricity problems, 2021 will be a case study that will hopefully allow the world to improve on these issues so that they don’t happen again. We will dive into the current importing and Covid situation with China.

China has been handling covid-19 with what they call a zero tolerance policy; they’ve been using aggressive testing, contact tracing and strict lockdowns to isolate and contain any outbreaks. They were one of several countries adopting this approach. It’s been noted that the strategy, while effective at containing any outbreaks, is economically crippling since they have to shut down parts of their industry and key sectors to halt the spread of the virus.

This was made most evident when a port terminal at Ningbo-Zhoushan closed down recently this year due to an outbreak of Covid. The closure at the port, being the most third busy port in the world, ended up costing billions of dollars.

China is now the last country practicing the zero tolerance approach to Covid-19. Most experts are expecting that they will have to accept the fact that Covid may be unable to be contained completely as new strains mutate and lighten up on the strict lockdowns.

It’s important to understand that events that affect ports, importing, transportation, are often felt globally. It is rare that a closure from a busy port doesn’t have effects that ripple far and wide from  where it happened.

A prime example of this is earlier in the year when the Suez Canal was blocked for weeks. Experts have calculated that the stuck vessel ended up costing companies, shippers, and consumers $400 million dollars per every hour that it remained stuck.

With many companies panic ordering to recover from the effects of the coronavirus, US Ports have become severely congested over the last year. 40% of ships at ports on the US West Coast are being required to drop anchor instead of being allowed to dock at ports.

Chief shipping analyst Peter Sand had this to say about the situation. “We don’t really see signs in the data that congestion levels are improving at all. It’s still going in the wrong direction. It would seem that, failing a very big drop in demand, [ports] will be under stress until at least the end of the year and well into 2022.”

But What Is Causing It? 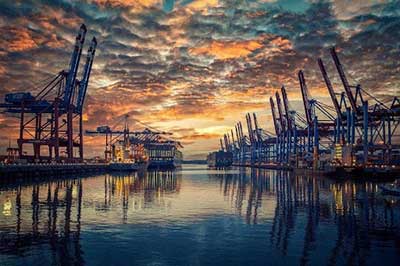 The increase comes from a surge of imports as countries are working to recover from the effects of Covid.

Add to that a shortage of longshoremen to unload the shipments and a shortage of truck drivers to deliver the containers and you have a multi-layered problem. This has caused shipping rates to rise on a global scale.

The shipping issues are not expected to lighten up until 2023. 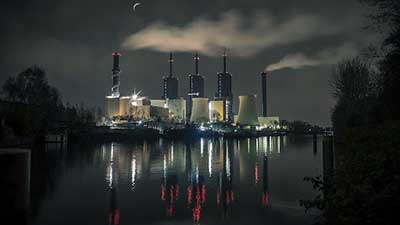 A new problem that has arisen is a coal shortage China is experiencing. From late 2020 through 2021 many companies have ordered large volumes of orders from China trying to recover from the economic effects of Covid-19 lockdowns. As a result, China has been busy cranking out orders non-stop throughout the year.

Coal is China’s main power source. In fact, China accounted for more than half of the coal burned across the world last year. So any disruption to the coal supply can’t be taken lightly.

Most of China’s coal they use is domestically mined, and they are experiencing shortages of volume of coal being mined. Less coal being produced means the cost of coal increases, which means that the cost of power and electricity also increases. Normally, the cost would be passed down to the consumer. However, China’s electrical utility rates are capped.

What this means is that the Chinese factories that burn coal are having to buy coal at higher prices but they can’t raise their prices for the electricity so they are forced to operate at a loss at worst, or barely break even at best.

In some instances coal-fired power plants are pretending to be out of order until the coal prices stabilize so they can operate at a profit again.

Both citizens and factories are being required to ration their power usage. Factories are being restricted on the number of days they can use electricity. Some are down to 3 days a week. It could not be at a worse time with the approaching Chinese New Year holiday coming up in late January through mid-February.

If you plan on importing, the sooner you get started, the better. With rising costs and longer production times, acting quickly could end up saving you a good deal of time and money. Our contacts overseas can help get your production orders started quickly from verified factories to ensure you get your product safely.