China Gets in the United States’ Face About it’s Debt

To say that China, the United States’ biggest banker, is worried about the current government shutdown is an understatement. China holds around 1.3 trillion dollars worth of US Treasuries. If the U.S. defaults on it’s debt obligations on October 17, the shock waves of a falling dollar will hit them the hardest. 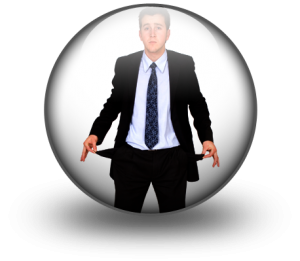 China’s Xinhua News agency reports that Vice-Finance Minister, Zhu Guangyao, recently said “As the world’s largest economy and the issuer of the major reserve currency in the world, it is important for the U.S. to maintain the creditworthiness of its Treasury bonds.”

Earlier, on October 2, an editorial on Xinhua stated that “The United States, the world’s sole superpower, has engaged in irresponsible spending for years.”

Ouch.
Why is it that the Chinese get it and we don’t?
2/3 of the U.S. budget is entitlements. We could easily get our house in order if our leaders had the courage to make the cuts and changes necessary to balance the budget. Now it may be too late. We’ve kicked the can down the road for so long that the size of the our debt exceeds our ability to make the payments on it without borrowing more.

The Chinese undoubtedly see this, as they are urging the U.S. to up the debt ceiling before the October 17 deadline looms. Xinhua quoted Zhu as saying: “On the question of the debt ceiling, the Chinese side feels the U.S. needs to take realistic and resolute steps to ensure against default on the national debt.” In other words, “quit messing around and raise the debt ceiling, because there’s no other way you’re going to be able to make your payments.”

Sadly, this is true. The Republicans may pine all they want to make cuts, but they control only one of the 3 branches of government. The other side is a firm believer in doling out the pork, even if it means they have to bankrupt the country.  The Republicans haven’t always shown fiscal restraint themselves.

My guess is that they’ll come up with an 11th hour way to increase the debt ceiling. There’s no other way. I can’t believe they’d be that stupid to trainwreck the entire global economy… could they?