Can You Guess What This Is?

Last March I visited China and was having dinner with the president of a manufacturing company in China. A lot what was being served that evening was seafood. True Chinese seafood is nothing like what we’re used to in the U.S., which is often deep fried and loaded with MSG or other unhealthy additives.

This is a dish they served… what do you think the item in the middle is, underneath the broccoli? It’s surely not something we’d see in most Americanized Chinese restaurants. The round item on the bottom is a mushroom.

Most Chinese dinners are made up of seafood, pork, beef, and vegetables. Rice or noodles can be a part; sometimes chicken. I’ve rarely seen deserts served like we’re used to the States such as cake or ice cream. 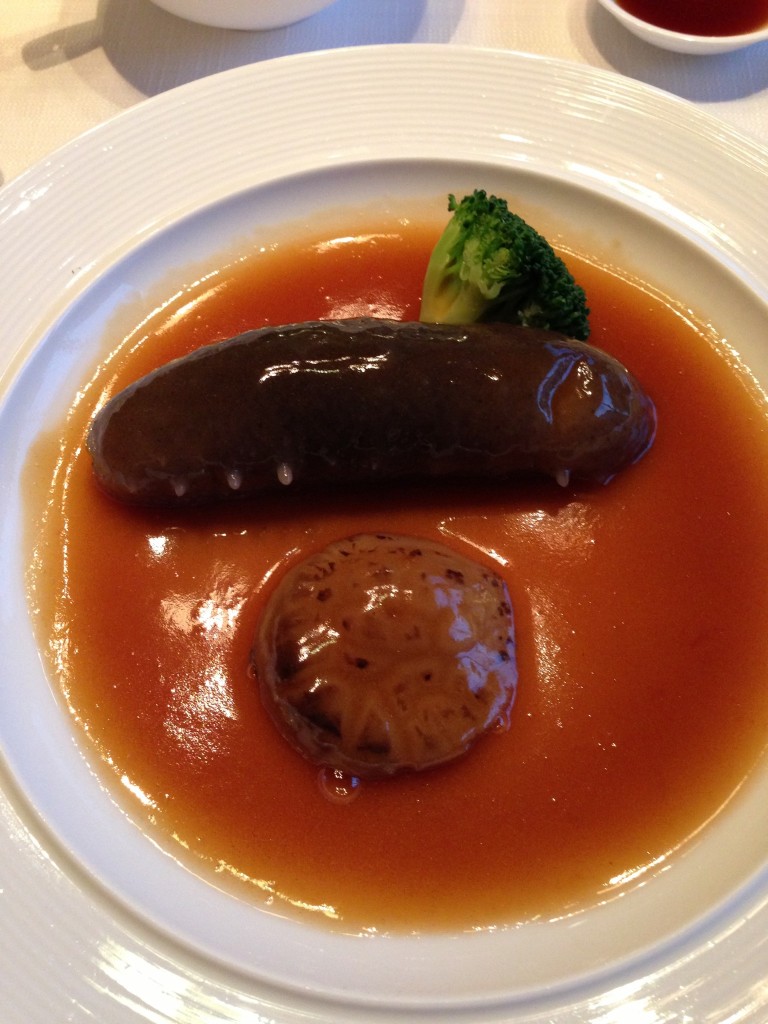